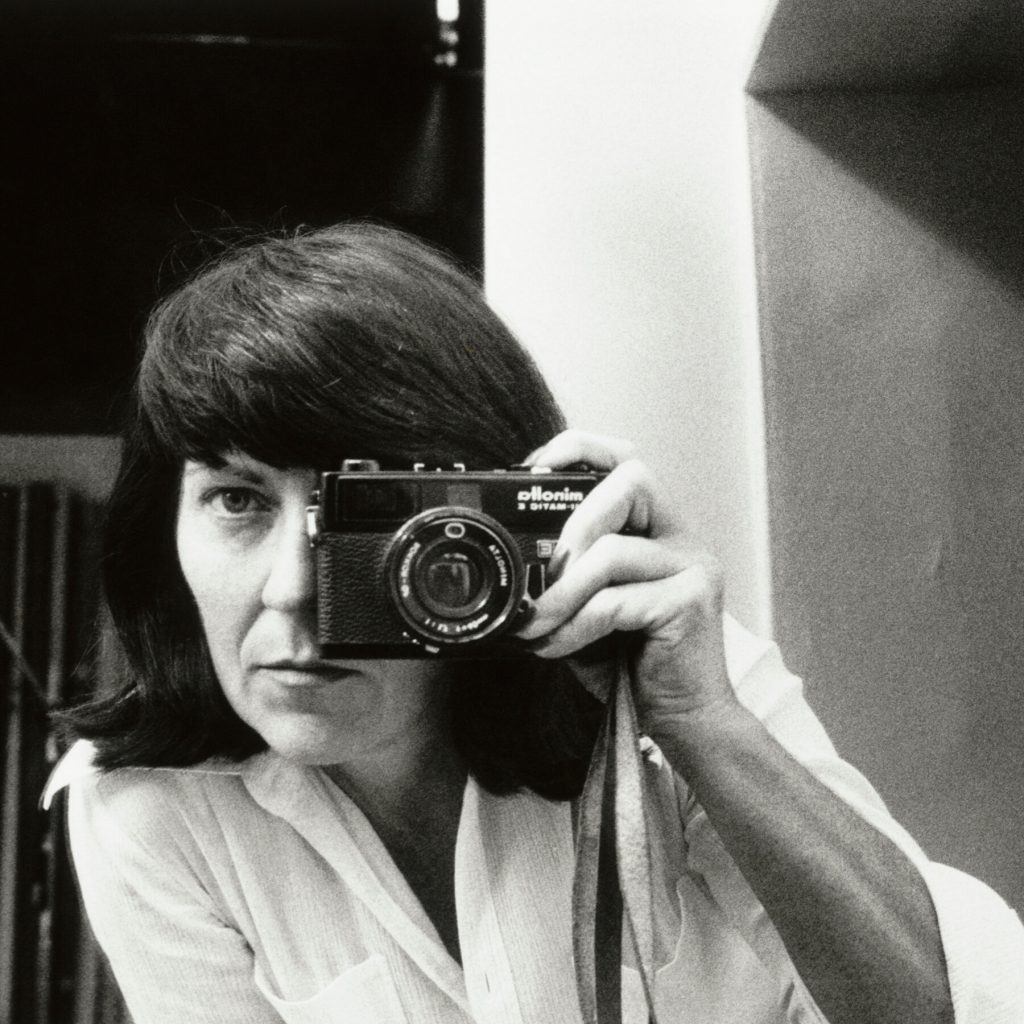 On April 9th, 2021, we bid farewell to June Newton as she joins her love Helmut on the other side.

She radiated with kindness, but well know for her ‘to the point’ demeanour. When I visited openings at the Helmut Newton Foundation I would leave a bottle of Port in her room at Berlin’s Savoy as a birthday gift. Even had the opportunity to join her birthday dinners, singing and all, after press opening parties at Berlin’s Paris Bar.

With Helmut’s resting place next to Marlene Dietrich at Berlin’s Friedhof Stubenrauchstraße , June has kept her humor at his funeral noting ”Don’t worry. I can squeeze in.” She did that as she was laid to rest. May they both rest in eternal peace.

Here I am with June and Ralph Gibson before the opening of “Wanted” at HNF in Berlin in 2007. 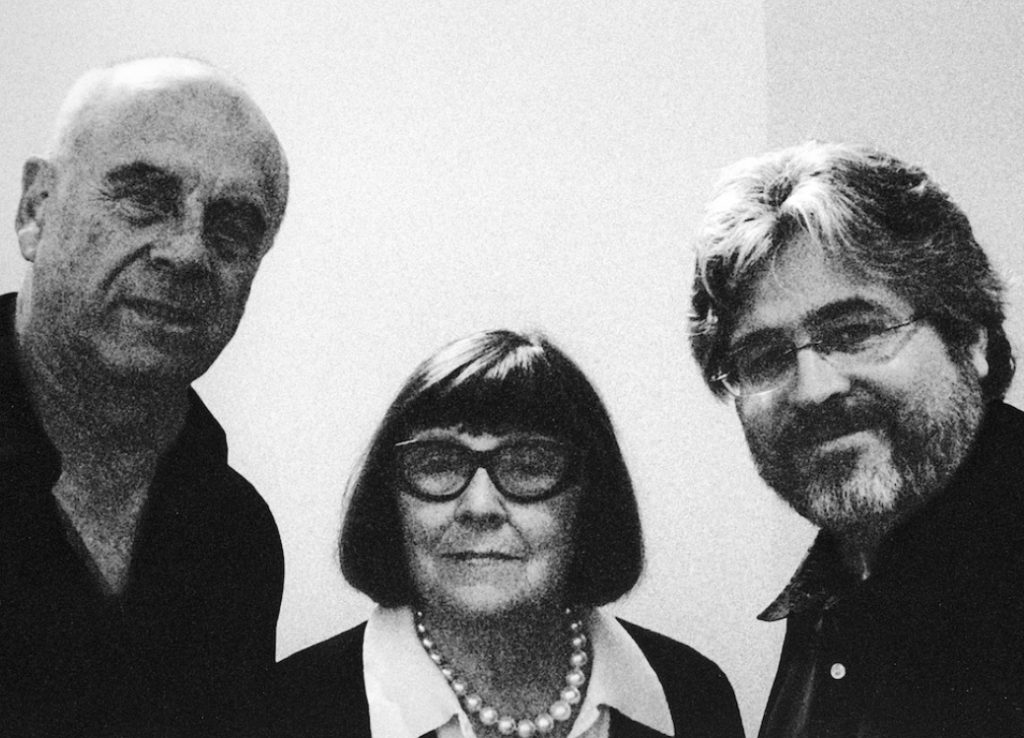 My favourite photographs from the June Newton archives: 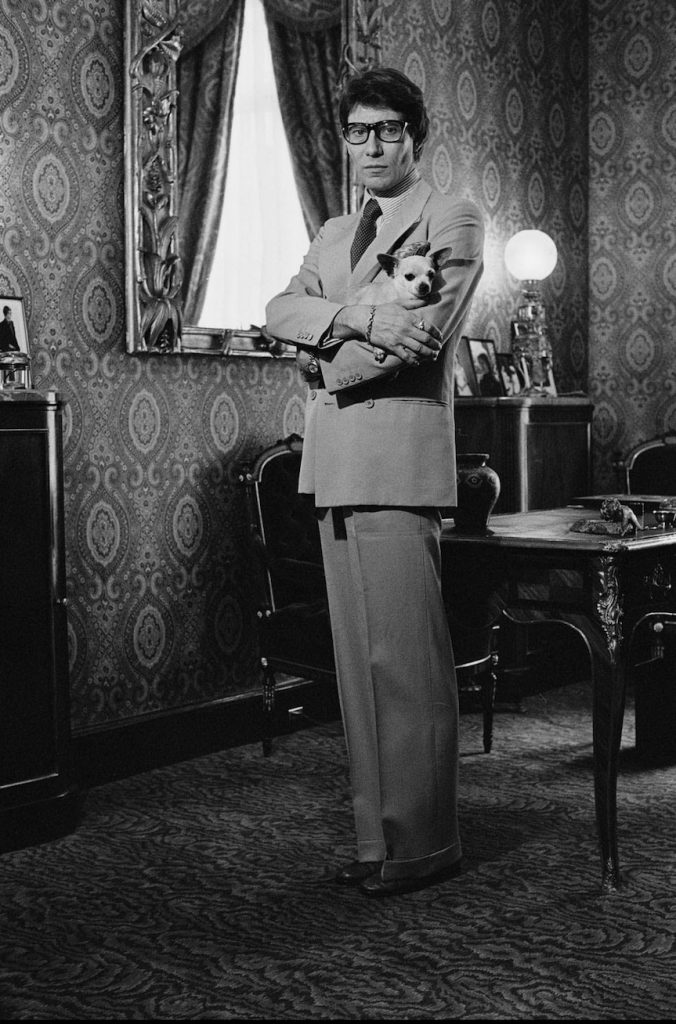 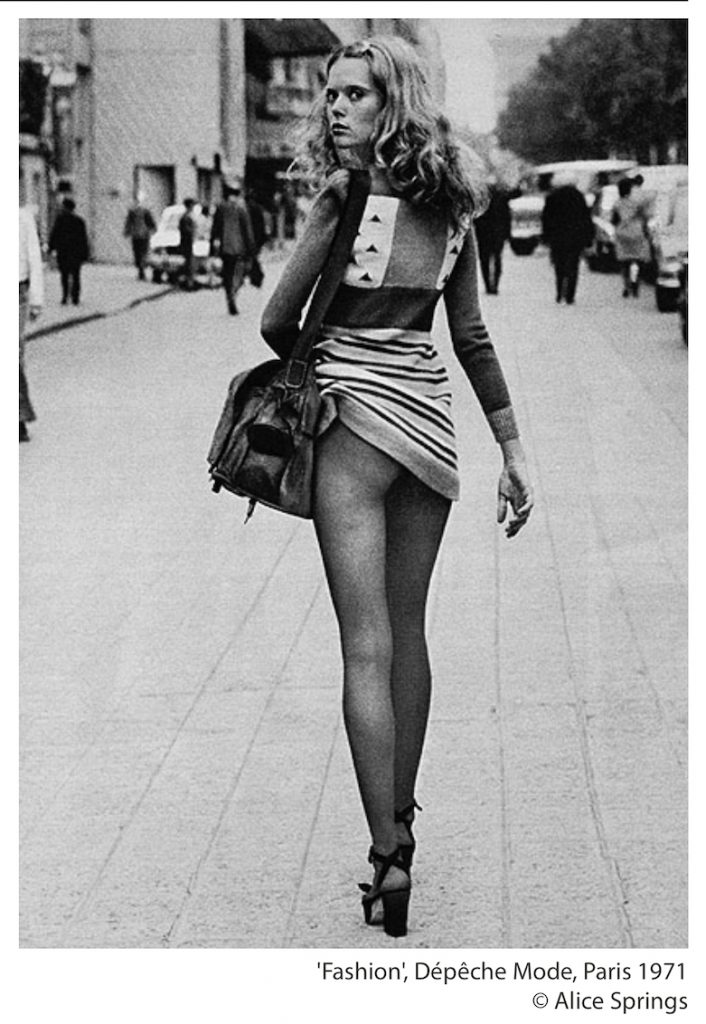 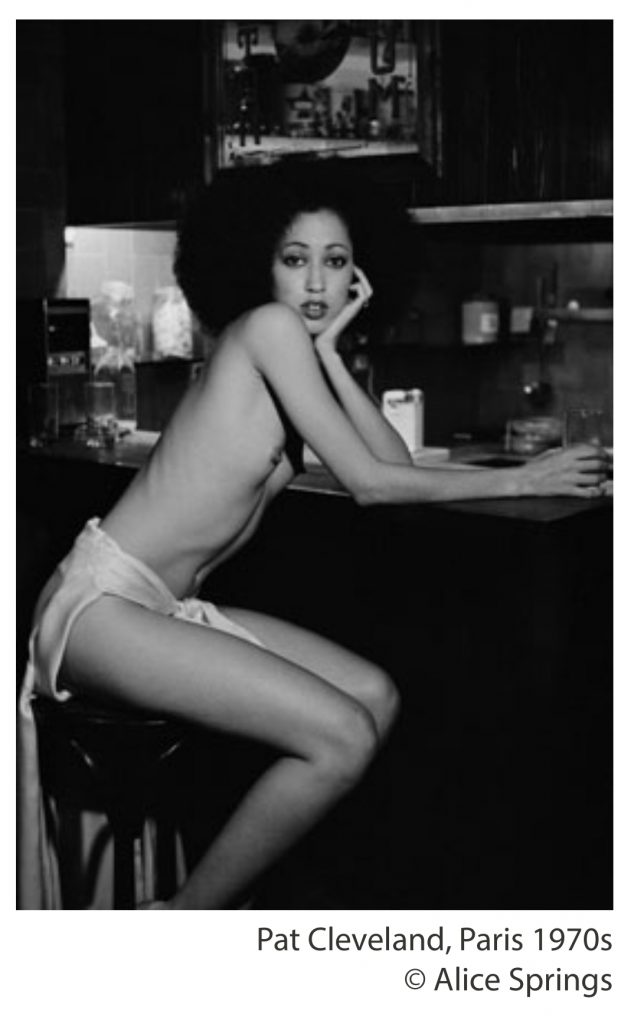 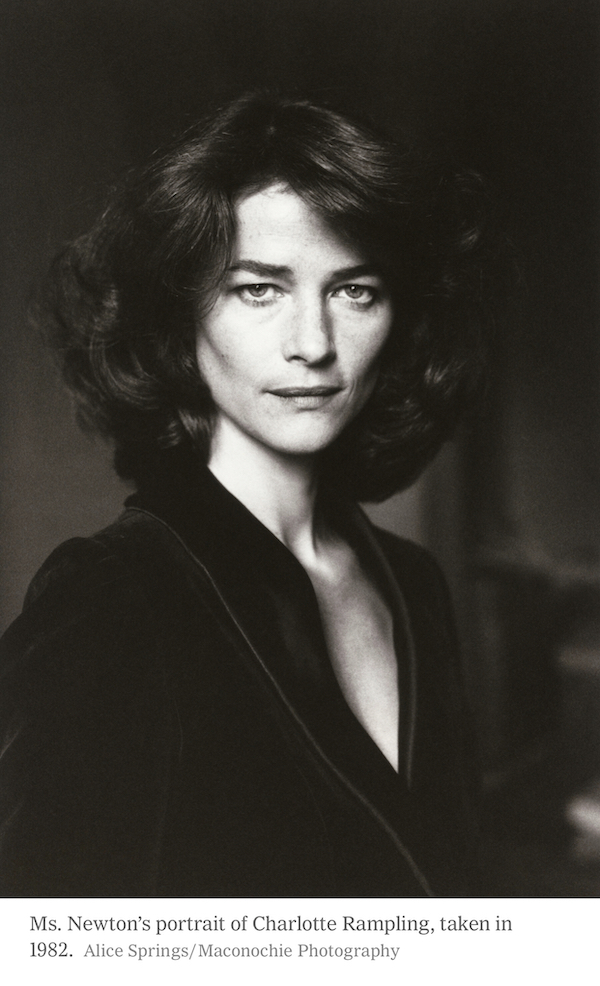 June’s “Mrs Newton” collection published by Bededikt Taschen and personally signed to me in Berlin. 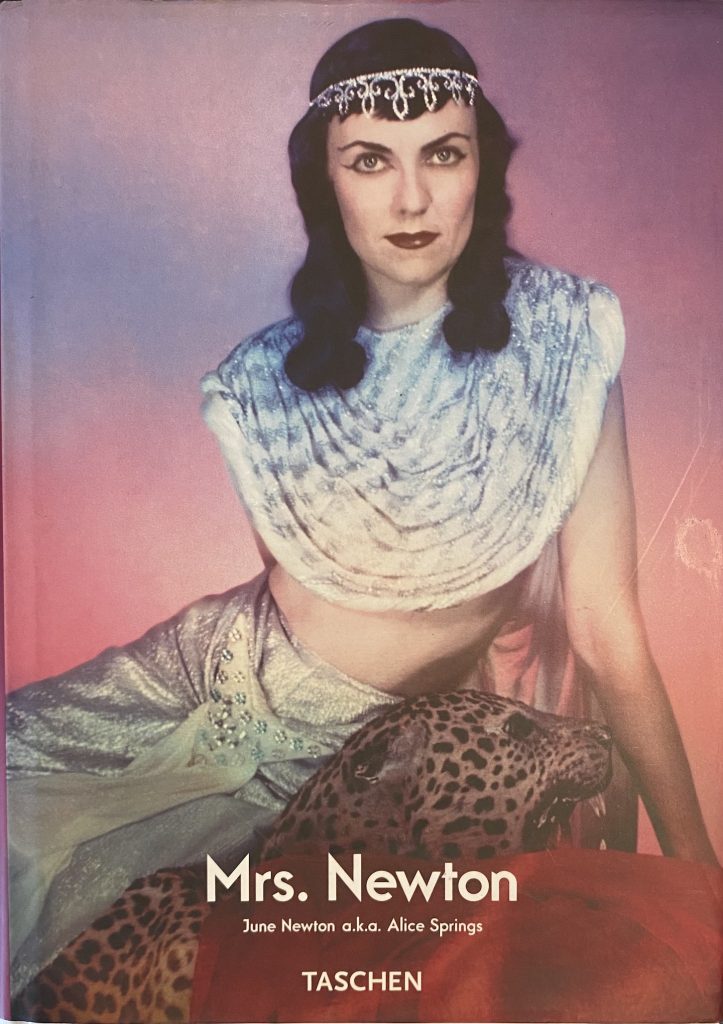 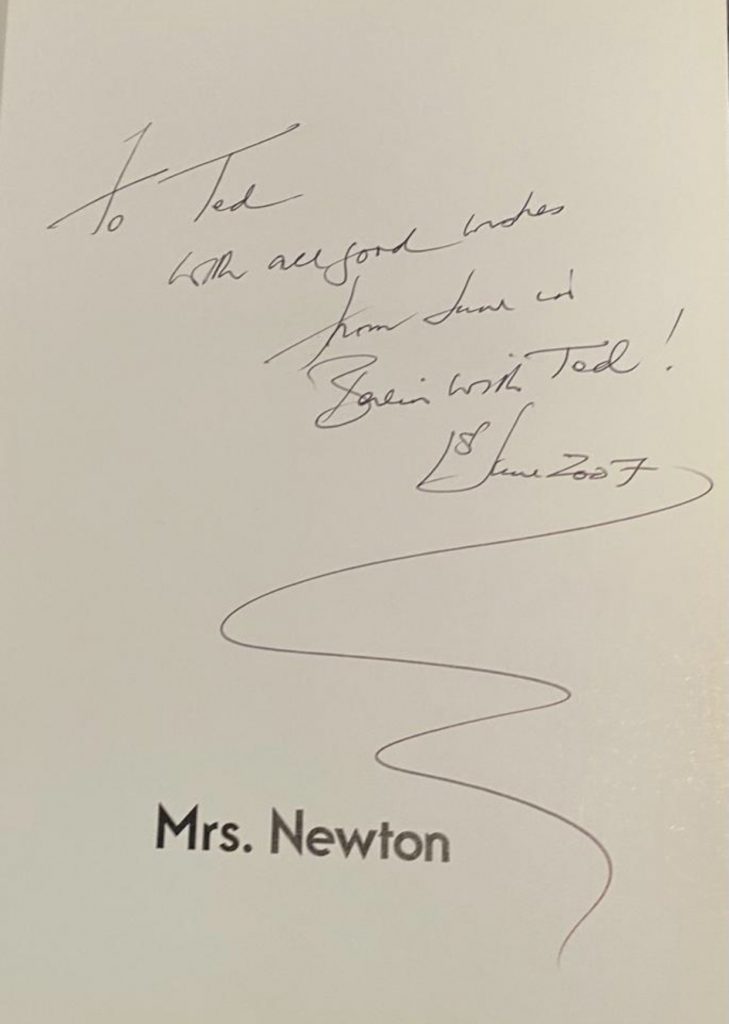 INSPIRED : The Centennial of Helmut Newton

Copyright 2022 by Ted Witek. Created with love by Allwood Agency